Lexa died one month ago, and the internets are still mourning and raging and demanding better representation. Because two episodes after our beloved, earnest, take-no-shit, definition of amazing female representation, Commander Heart Eyes was killed by a stray bullet, The 100 killed off over a dozen characters in 42 minutes, three of them with names. Most of them children. One of them an adorable boy whose hair we just want to ruffle. One of them the awful father-figure who tried to kill Clarke and shot Lexa instead. And one of them a man who did as much or more than anyone else to create peace, and who endured more suffering than maybe anyone else in the entire show. 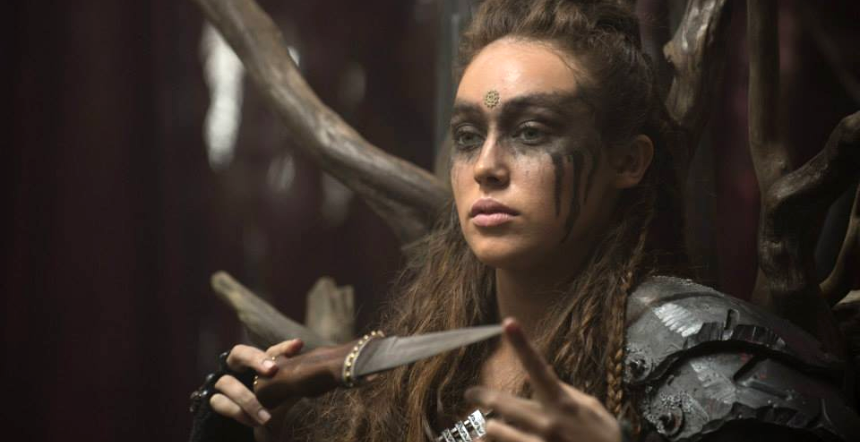 So now the internets are afire again, this time because the show has killed off Lincoln, a black character. Fans are abandoning The 100 in droves because of the way it treats marginalized communities, and I have my problems with some of the things that the show has done. But I want to push us to talk about what the show’s done right, and also to admit that in this show (because, where do you think this show takes place, Mayberry?) minority characters are going to die. A lot. Just like straight white guys die. And there’s actually an egalitarianism to the way SO many characters die. The question is, how could the show kill them off differently?

I’m sure I’m missing some characters, and it can be hard to see race so I might have misrepresented something here. But this is a very diverse cast of kills. No one in this world is safe, which isn’t remotely a secret.

So it’s not enough to be mad at the show for killing Lincoln because he’s a black character. That’s tokenism, really.

And there’s a reality here that I would love for you to consider with me, and let’s brainstorm different options–because if we’re going to demand change, let’s think about what that actually means practically, materially, realistically: the actors playing Lexa and Lincoln had other commitments and had to leave the show. So let’s say that that both characters had to die in the episodes they died in. Really, go with me on this, because say you’re in the writing room and this is your reality. In the world of television, there are unfortunate scheduling issues. And be honest—would viewers have been happy with these characters disappearing in some way, never to be seen again, but being “alive?” I wouldn’t have been. It would have been weird.

Okay, so. They’ve got to die this season, in these episodes. How? That’s the major question.

SO much as been said about how Lexa’s death was queerbaiting, and perpetuated the “Bury your Gays” trope, so I don’t want to rehash things you probably already know. Queerbaiting is awful, the show’s staff did some careless and insensitive things on social media by promoting a relationship they knew was going to end. I acknowledge, and am pissed about, all that. The timing of Lexa’s death was the worst possible timing—immediately after lesbian sex. The stray bullet was awful and a big mistake. Lexa deserved to die in some kind of blaze of glory fighting for what she believed in, for peace, for her novitiates, for something that MATTERED. I’m not letting the show off the hook for these big missteps.

But for a hot moment take a second and appreciate what the show did right regarding Lexa’s death, because it wasn’t all the worst. It wasn’t Tara dropping dead before Willow could even say goodbye. Lexa died in Clarke’s arms. They got to say goodbye. Clarke got to perform the Traveler’s Blessing for her, and all of us got to actually grieve together. Tara’s death was SO much worse in terms of representaiton. She didn’t even seem to know she was dying, and then she was dead instantly and we never got to say goodbye. Certainly one of the reasons we’re SO affected by Lexa’s death—and I mean people are honestly grieving over the death of a character here—is that we felt so connected to Lexa in the moments when she was dying. Tara disappeared, and as we watched Willow descend into rage we kind of forgot about Tara, a character we were never allowed to get too close to anyway.

But Lexa felt alive—SO alive—always. We knew her, this character of few words who bared her soul with every look she gave Clarke. So, I have to ask: knowing that Lexa has to die this season, would you have zoomed away from her? Had her character fade into the background so that we didn’t feel so close to her and her death wouldn’t tear our hearts out? I’d rather know her. And, knowing she’s going to die, would you rather she and Clarke don’t have sex? What’s the proper waiting time between lesbian sex and death to avoid participating in the “kill the gays” trope? I’m not sure—I know it’s not three minutes later. Is it an episode later? Two? More? I have to ask: If Lexa and Clarke had had sex two episodes before she died, and she had died fighting. would fans—would YOU—be any less pissed? I’m honestly not sure of the answer, because it comes down to this sad, sad fact: the actress had to leave the show, and we fucking loved her character, which offered some of the BEST female representation we’ve seen on the small screen ever. Fucking reality. 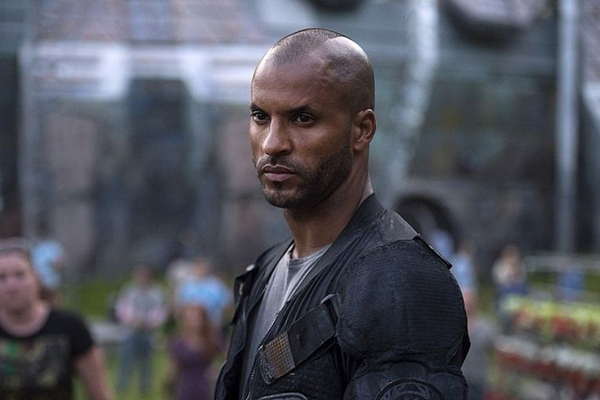 Let’s move on to Lincoln. God, poor Lincoln. He was an amazing character, and one who suffered too much. But engage in the thought experiment again: he’s gotta die because the actor’s leaving. Is there any way to make this okay? Here, I think the writers did a lot better. He died sacrificing himself for his people. There was some amount of honor to his death, even though it was also pointless because Pike sucks. But he got to look to Octavia and say goodbye. And she got to say some kind of goodbye. And now we get to watch her go on a murderous rampage and rip Pike’s intestines out and I for one hope it’s gorier than Titus’s death, which was gratuitous and not at all satisfying.

Ultimately, I’m amazed that people and major news outlets are still talking about Lexa’s death and the amazing movement that The 100’s former fans are starting. They’ve launched a very important conversation. I’m glad it’s happening. And I hope we can start to be more concrete about what that “better” looks like—especially in a post-apocalyptic world where people die every episode.